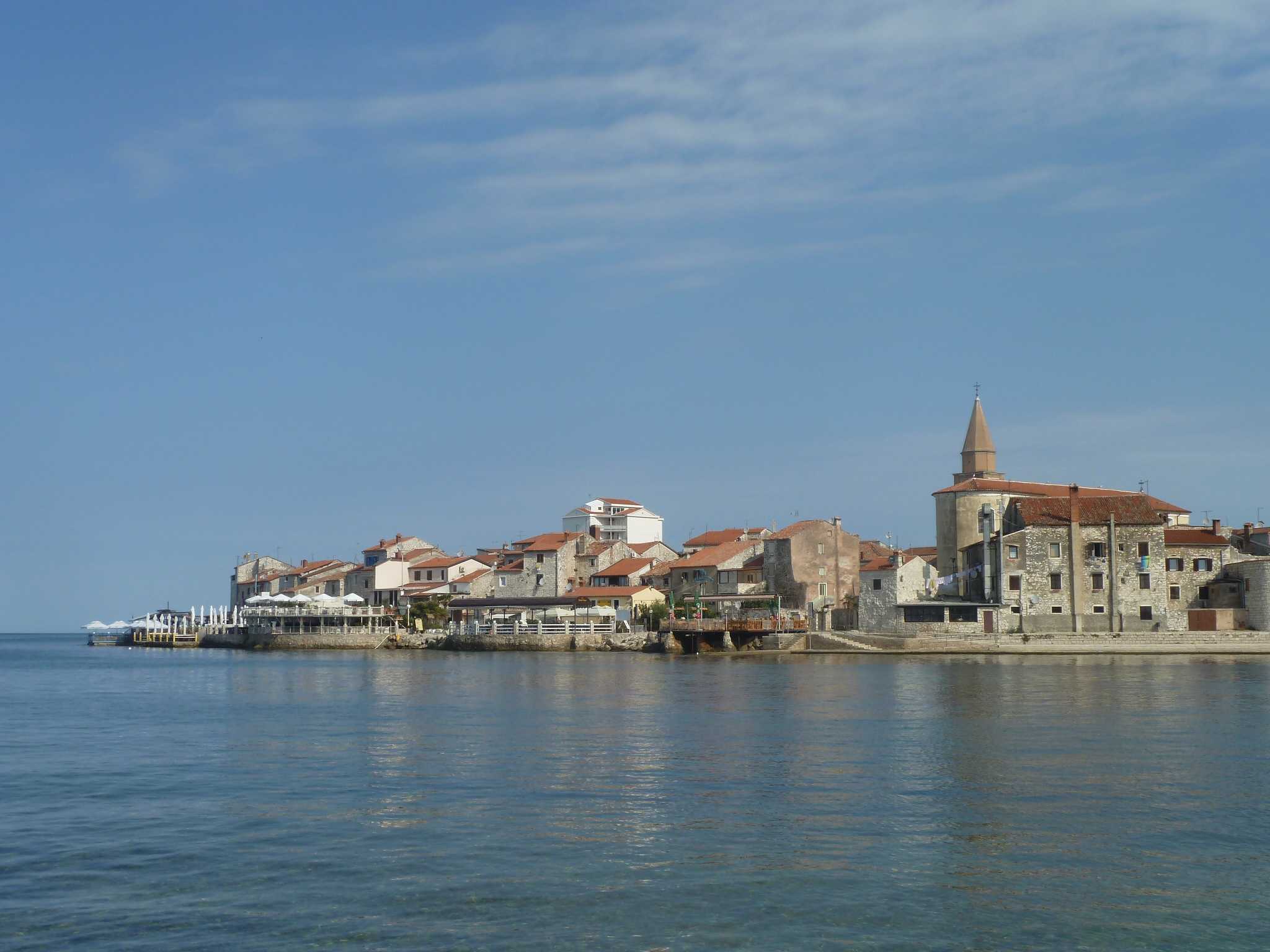 Apart from Umag, there are two more famous tourist destinations in this area – Savudrija with its oldest lighthouse on the Croatian Adriatic Sea from the year 1826 and Lovrečica as a peaceful oasis for family vacations. Due to its geographical location, Umag is the first Croatian tourist gate to / from Europe, 10 kilometers distance from the European highways.

Umag is also the first nautical gate from Central Europe to Croatia, located in an attractive bay with one of the most prestigious ACI marinas awarded with one of eleven Blue flags – the European standard for the cleanliness of beaches and marinas, Umag as a tourist destination is particularly proud of.

The tourist mini train connects Umag with Katoro where a Roman archaeological finds can be visited.

What is now a peninsula, used to be an island once, and the settlement itself was situated at the end of the port of Umag. The town walls – with the town gate and a draw-bridge were built in the 10th century. They have been partially preserved on the south-western part, next to the Town Museum (which was one of the defence towers with the battlements in the shape of ‘a swallow’s tale’, which can steel be seen from the sea side).

At the entrance to the historic core stands the church of St. Roche, built after the plague epidemics in 1507. In the interior of the church there is a remarkable wooden ceiling painted by oil from 18th century.

The parish church of The Assumption of Virgin Mary and St. Peregrine, the patron saint of the city of Umag was built after the design of the architect Filippo Dongeti from Piran. The late baroque façade remained unfinished. On the interior side of the church entrance there is an immured depiction of St. Peregrine from 14th century. The fresco on the church ceiling is attributed to Giuseppe Bernardino Bison from Palmanova. On the main altar there are the statues of St. Peregrine and St. Nicefor.

In the church there are various altarpieces and fragments of a wooden triptych from 15th century. The highlight should be on the statue of the Virgin Mary of the Sorrows attributed to some of Vivarini’s followers. The church-organ originates from 1776. The Venetian lion on the bell tower was originally found on the city hall destroyed by fire in 1924. By the way, the 33m bell-tower originates from 1651.

The public town cistern from 1677 was renovated in 1780. Behind the Parish Church, there is a metal ball, impressed into the wall, east of the abscissa: historians say that it is a cannon-ball fired by a ship from Genoa in 1810. The ancient houses decorated by lovely byphoras, narrow streets, coats of arms and inscriptions make a recognizable part of Umag and can be found on the western side of the town.

In the façade of the house in Epifanio Street No. 3, there is an immured free Christian sarcophagus from the 5th century. On many houses you will notice holed stone girders used for hanging and showing embroidered posters, which protected the interior of the home from sunshine.

Finally, carry on to the break-water. Its construction began in 1825 and it is 404 meters long.

On the St. Pelegrine beach there is the church with same name from 1401 which was built on the place where St. Peregrine endured his martyrdom.

The mixture of Mediterranean and Alpine climate is a special feature, making the summer heat bearable for elderly people, too, while the nights offer a pleasant sleep without a sweltering heat. This mixture of Mediterranean and Alpine air is very favourable for persons with cardiac and pulmonary disorders. Very rarely the temperature falls below 15 °C, and the snow has been recorded very rarely. The sea water is crystal clear and suitable for swimming from May to October. 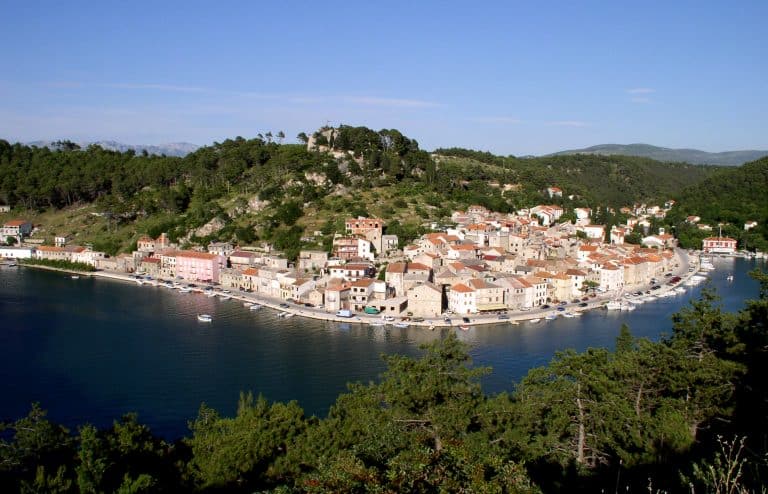